A Short(ish) Guide to Pronouns and Honorifics

A Short(ish) Guide to Pronouns and Honorifics

Pronouns are a really important way that our gender is reflected to the world. Pronouns are the words that you use to refer to someone in the third person in place of their name (such as he/him, she/her, and they/them).

Because pronouns in English are gendered, they convey information to your listeners about that person’s gender. For example, if you say, “Sam is planning to join us. He says he’ll be arriving around 3,” you are not only communicating that Sam uses he/him pronouns, but also the people you are speaking with will likely assume that Sam is a man, because that’s how most of us associate ‘he.’

There are several potential issues with this. First, if you haven’t asked Sam which pronouns they* prefer, you might be wrong - Sam might not use he/him pronouns. Second, the assumption the listeners make might be wrong - Sam may use he/him pronouns, but not be a man (and/or Sam may not look the way people assume someone with the pronoun ‘he’ is “supposed” to look). Note that Reimagine Gender suggests using ‘they/them’ if you do not know someone’s pronouns, or if you’re writing about a hypothetical person who could be of any gender.

This article will go into:

Why are pronouns such a big deal?

To start, you may wonder why everyone makes such a big deal about pronouns.

Many cisgender (cis) people (people whose gender identity aligns with their sex assigned at birth) have never had to think about their pronouns - they can take them for granted, because their pronouns have always aligned with their gender identity. This means that for most cis men, ‘he/him’ feels and sounds right, and for cis women ‘she/her’ feels and sounds right. But imagine if someone always used the wrong pronoun for you - even after you corrected them. At the least it would feel and sound strange; at worst it could be humiliating and hurtful.

Many people whose identities do not fit the binary or whose gender doesn’t align with their sex assigned at birth face being called by the wrong pronoun on a day-to-day basis. It is one of many experiences which can make them feel rejected and dysphoric in their gender. Using the correct pronoun for someone is a crucial way to show that you recognize, acknowledge, and accept their gender. Additionally, understanding that a pronoun doesn’t tell you everything about someone’s gender is an important way to show that you understand that gender identity is complex, and everyone’s gender identity and expression is a little different.

You may see or hear people say ‘preferred pronouns’, but we recommend not using the term ‘preferred.’ Gender isn’t a preference — it’s just who we are! Pronouns reflect our identity to the world and thus they aren’t a preference; they just are.

Are pronouns and gender the same thing?

There are no rules for which genders use which pronouns. Pronouns often align with someone’s gender in the traditional way many of us have learned (for example, a man will use he/him pronouns), but this isn’t always the case, and you can never tell which pronouns someone uses just by looking at them. This may seem confusing, but this is why we need to always ask about someone’s pronouns rather than assuming them.

Just like we can’t know someone’s pronouns from their gender presentation, we can’t assume how someone will present their gender from their pronouns. For many people, if they hear “Sam is planning to join us. He says he’ll be arriving around 3,” they’ll not only assume that Sam is a man, but they’ll also assume he’s going to look, talk, or act in a certain way. They might be surprised or even taken aback if Sam is wearing clothing or makeup typically associated with other gender(s) such as a skirt and high heels. 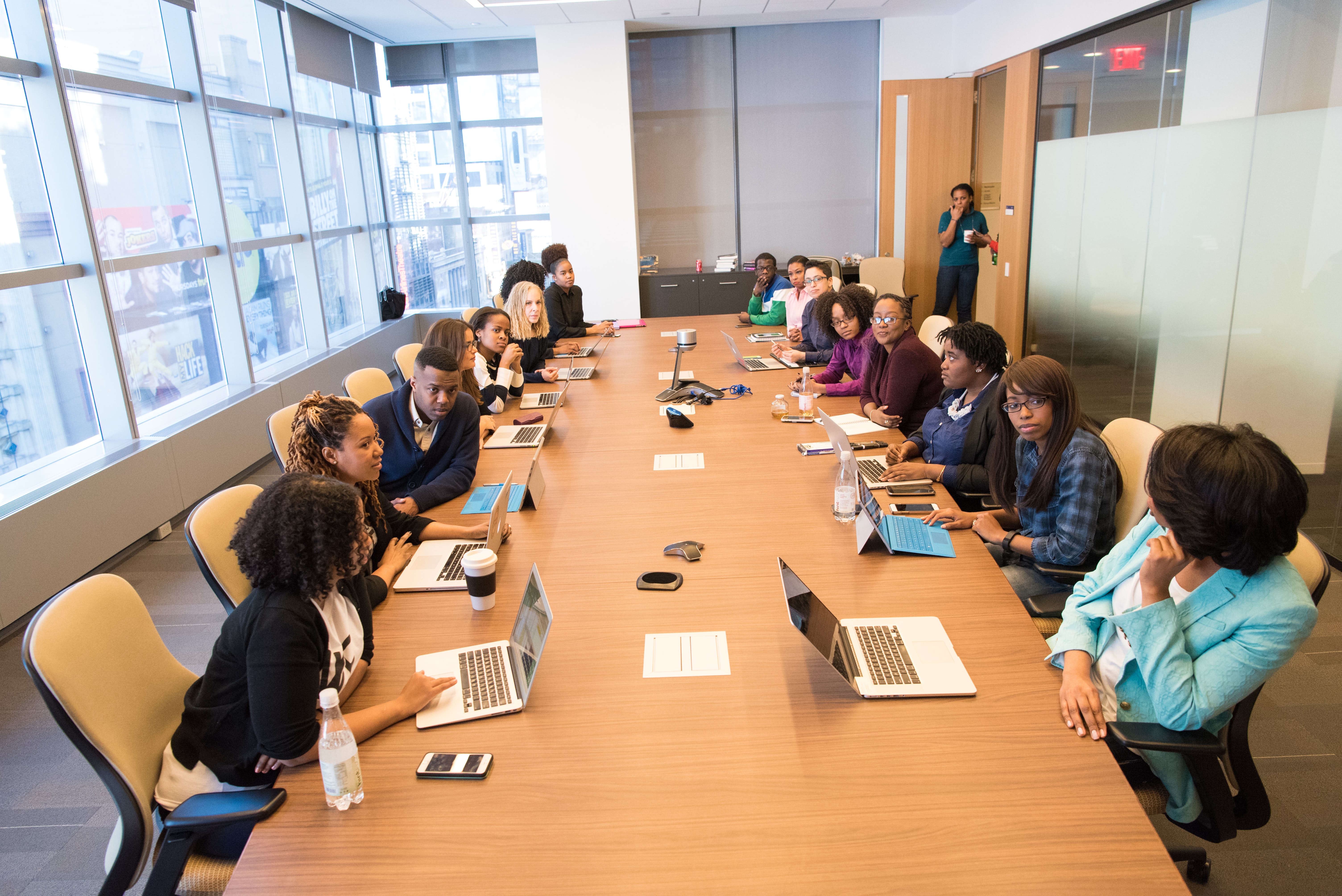 We need to all be careful to not make these assumptions, and to continue expanding our understanding of gender. Whatever someone’s pronouns and gender, their identity and expression is highly individual, and there’s no such thing as a ‘right’ way for them to look, talk, or act.

To learn more about what gender is (and isn’t), visit this resource from Reimagine Gender.

What are the different pronoun options, and how do I use them?

These are some of the most common pronouns you will encounter, and how to use them:

There are lots of other relatively common non-binary pronouns, and you can learn about how to use them from sources like this one from the University of Wisconsin Milwaukee, and this one from Wikipedia (under List of standard and non-standard third-person singular pronouns).  It’s important to note that some people use more than one pronoun. For example, someone might indicate that they use ‘he/they” pronouns. If this is the case, using either pronoun set when referring to them is fine.

It may sound strange to your ears to use pronouns that are new to you, or you may have trouble remembering them. That’s to be expected. The most effective way to address this is to practice! Try typing out a paragraph using those pronouns for an imaginary person. Even if you don’t currently think you know someone who uses pronouns other than he/him or she/her, it’s good to practice now so when you do meet someone who uses other pronouns you are comfortable using them.

It’s also important to note, some people don’t use pronouns at all, and prefer that their name just be used. Not using pronouns at all may also take some getting used to. Again, practice makes perfect!

How do I ask about pronouns?

If you have no reason to think you will ever need to speak about someone in the third person or if your interactions will be very brief, you may be able to just skip pronouns and instead use gender-inclusive language. This might be relevant in brief customer service interactions or talking about someone who has come and gone really quickly, for instance. Here are a few examples of what that might look like:

In an office setting with colleagues, clients, and customers that you will interact with on a regular basis, it’s ideal to learn their pronouns. It’s great if an office can normalize this by inviting people to share pronouns (if they’re comfortable doing so) in introductions at meetings, in email signatures, and on business cards.

Asking about pronouns can be pretty simple and straightforward! You should always share your pronouns first. Then, you can ask someone about their pronouns. Even if you’ve known someone for a while, you can (and should!) still ask.

Here are a couple examples:

It’s important to note that no one should ever be forced to share their pronouns. Some people who use non-binary or non-traditional pronouns may not feel safe sharing. However, you can do a lot to make people feel safe by sharing your pronouns first and creating an atmosphere that is inclusive and welcoming.

Honorifics are titles, some of which convey gender (like Mr., Miss, Mrs., and Ms.). These terms have really differing and personal meanings to different people (for example, some women prefer Ms. because they don’t want to have a title which reveals their marital status, while some women consider Mrs. to be a respectful and honorary term). Just like with pronouns, using the correct honorific is a sign of respect.

The most common gender-neutral honorific is Mx. (often pronounced ‘mix’). This would just be used in place of any other honorific. If it is regular practice in your place of business to use honorifics, you should ask just like you do with pronouns (example: “Hi, my name is Max, or Mr. Thompson. I use he/him pronouns. How about you?”). You can also ask if someone prefers you use an honorific at all (example: “Hi, my name is Max! I use he/him pronouns, and prefer people use my first name instead of an honorific. How about you?”).

Even as first name-basis offices are becoming more and more common, if someone is more comfortable using an honorific you should respect that. They could be invited to include it on business cards or email signatures, to make sure people understand that’s how they want to be addressed.

What if I make a mistake?

That’s OK. It’s going to happen. Consistently using the proper pronouns and not jumping to conclusions about someone’s gender identity will take practice. If you realize you’ve made a mistake (or if someone points it out to you), acknowledge the mistake (“I realized I used the incorrect pronouns for James”, “I realized I didn’t ask for your pronouns before I spoke”), apologize and/or thank someone for raising it, and move on. Don’t belabor the point, apologize profusely, or ask someone to explain their pronouns or identity further. Many people may be confronted with questions about their pronouns on a daily basis, and it can be exhausting. Do your part to make these exchanges as respectful and easy as possible for them.

You should respectfully correct people if you hear someone using the wrong pronouns for someone else (assuming you know that person is open with their pronouns - in other words, if they told you as a friend but don’t widely use those pronouns in the office, respect their privacy and hold off). Again, this doesn’t have to be a big deal. People may not know someone’s pronouns, or may have just forgotten or slipped. It might feel awkward to correct someone, but make it simple - you can even model how to correctly use the pronouns while moving the conversation forward (“Actually, Sabrina uses they/them pronouns. And yes! They will be joining us for the meeting on Wednesday.”).